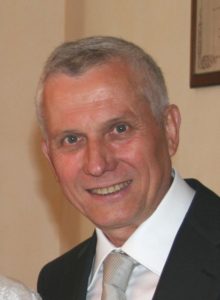 For disturbances ranging from headache to post-traumatic recovery in athletes, the secret may lay in the treatment of a membrane that connects all parts of the body. One of the pioneers of this method explains just how in this interview. “Manus sapiens potens est: only a knowledgeable hand is powerful. The more knowledge one has the easier it is to localise and identify the causes of pain and joint dysfunction. “It has nothing to do with magic”, says Luigi Stecco a physiotherapist from Vicenza, Italy (Diploma in Physiotherapy, scholar of articular mobilisation, connective tissue massage, acupuncture and author of “Fascial Manipulation” (Piccin, Nuova Libraria). In this book, Stecco highlights the importance of fascia in the treatment of musculoskeletal dysfunctions. Through having treated thousands of patients in his 30+-year career, initially in the hospital of Arzignano (VI) in Italy, and subsequently in private practice, as well as conducting training sessions for physiotherapists and physicians, Stecco has developed the technical foundations of a new rehabilitative method. The essence of this method lies in the fascia which, when treated appropriately, can resolve many common disturbances such as headaches, joint and muscular dysfunctions such as lumbalgia, in post-operative cases, post-traumatic recovery in athletes, and some visceral disorders. The interview with “Vita & Salute” (Life and Health) proceeded as follows.

Can you give us a simple explanation of exactly what fascia is?
I’ll try. It is an extensive, membranous continuum composed of connective tissue, which connects all parts of the body, enclosing yet at the same time separating muscles. It is a membrane, which extends over the whole body just below the skin. While our skin is a perceptive organ that repairs and protects, the fascia has the function of connecting, coordinating one joint with another, as well as the body in its entirety. It is possible that the fascia synchronises the activity of each part of the body with the whole. Fascia is that whitish elastic membrane that surrounds muscles, easily identifiable in the meat one buys at the butchers. This membrane is made of white, collagen fibres. It is sometimes known as the investing fascia because it surrounds muscle.

What role does it have in our bodies?
In medicine, it has always been considered to have a mere function, or role, of containment or restraint, a type of packing material. In recent times, this view has changed somewhat. Fascia actually extends within the muscle, via the perimysium and the endomysium. This continuity means that the contraction of each single muscle fibre transmits to the deep fascia, or the outer most layer of muscle compartments. It is now thought that the fascia could be considered as a conductor of an orchestra playing a symphony of movement, where it synchronises the crescendo of some muscles and the diminuendo of others. The result is harmonious motion.

What is so innovative about all this?
Up until now, this role of synchronisation of movement was exclusively attributed to the nervous system components. However, at a certain point, neurophysiologists began to question how the brain alone was able to control all of the variables involved in a motor gestures. The control of movements in the periphery had to be more complex than initially thought. Through careful study, it was observed that due to the tensioning of the fascia by many muscular fibres that insert into it, it was likely that the fascia might coordinate many of these variables. If this normally very slippery membrane becomes rigid, stuck or densified then the inevitable loss of a valuable coordinating element could result in inappropriate, badly tuned movements. Due to traumas, overuse (such as tennis elbow or repetitive stress injuries), heavy work, and bad eating habits, a lack of sliding within the fascia can occur. In fact, we can say that the densification of this membrane depends principally on three factors: mechanical (overuse), chemical (alimentation) and physical factors such as cold and wind, which reduce the fluidity of the membrane and the circulation of blood.

What do you mean exactly by “densification”?
Densification forms where there is an excess of new collagen fibres, which are produced by the fascia itself in an attempt to repair a lesion caused by, as I said before, excessive mechanical, chemical or traumatic irritation of some kind. However, this type of repair provides a rather precarious equilibrium for the body because it is not like the normal physiological condition, and this causes functional and structural changes and pain often ensues.

In other words, what are the consequences of fascial “densification”?
I suggest that when the fascial membrane is less elastic and less slippery, it loses its ability to coordinate muscles efficiently so movements are less free, more rigid. You get up one morning feeling unusually stiff. Why? Probably the day before a joint has been used in a nonphysiological manner, unnaturally, so at first you feel the stiffness, and then a little later the pain starts. I need to repeat myself here, just to emphasise that I think the cause is not to be sought in the joint itself, but in the fascia. This of course is an advantage from a therapeutic point of view because the fascia can be manipulated whereas bone, muscle, or nerve does not have the same degree of malleability as the fascia.

Do you think you could call this approach “a new paradigm in physiotherapy”?
Yes. The originality of this method lies in the fact that the focus is not on the joint itself but on the mechanisms that move the joint, in which the fascia has an important coordinating role. This is why, in this technique, therapeutic points located within the fascia have been called Centres of Coordination, because I suggest that they coordinate those muscle fibres involved in a specific movement, or a specific action.

Can you be a bit clearer?

In the fascia, there are different Centres of Coordination that, incidentally, often coincide with acupuncture points. These centres are probably involved in the coordination of joint movements. When, or if, they become “densified”, pain results in the associated joint. In order to re-balance the various body structures the densifications need to be slowly dissolved. Not by chance, manipulation of the fascia can play a role in preventing dysfunction.

Therefore, that means you can have treatment even when you are feeling fine?

Not exactly. Treatment is effectuated when the body sends out an indication of distress. We need to have a minimum of distress, which could be stiffness or pain, indicating that something is awry. Often pain is the alarm bell. It is not wise to take analgesics, just to cover up the symptom, as this can be an obstacle to the healing process, obscuring the body’s cry for help. In the end, if no effective therapy is performed then one can end up on the operating table. Let’s say, if the pain signal from a hip, knee, or ankle is ignored then, in time, uncoordinated movements can lead to arthritis, a broken meniscus, a deformation in the hip and so forth.

What is the difference between this method and others?

We don’t intervene directly on the painful joint. Treatment is carried out on the fascia, covering the muscle fibres, which has determined inflammation at the joint”. How is this manipulation actually carried out? “The characteristics of the specific body region have to be taken into account. For example, fingers or fingertips may be used to treat the neck region, whereas the elbow can be used for the trunk. Positions vary according to the depth of the fascia to be treated. In other regions, knuckles can be used, let us say in the lower part of the legs, or in the feet. Whenever resistance is detected in a well-defined point, that is, as indicated by the assessment process, then mobilising pressure applied in that point does not exceed ten minutes. Variable pressure is applied at differing angles. The aim is always to create localised heat to modify the density of the ground substance of the fascia, which is, as it sounds, the basic gel that holds the cells of the fascia together. By restoring fluidity to this ground substance, it will help gliding between the muscles and the individual muscle fibres. In fact, physiological movement is impeded whenever this gliding component is lacking, and joint damage can occur. We can say that fascial manipulation has a sort of dissolving effect or, in scientific terms, it normalises the hydration of the ground substance. With this normalisation, an obvious improvement in muscular and articular function is achieved because the correct contraction of the muscular fibres allows for the ailing joint to recover its physiological range of movement.

How long does the therapy last?
Sessions are initially weekly and each session lasts about a half an hour in all. We need to understand perfectly where the precise point that is causing the pain is situated in order to have an effective result. Symptoms indicate the point requiring treatment without the need for X-rays. X-rays only show us the bones, the joint, and not the fascia. Our aim is to trace back to the cause of the blockage in the fascia, which is not visible with common X-rays. It can, however, be seen with Cat scans or RMI’s. Movement tests are always carried out prior to any treatment. For example, if a patient complains of backache then I will examine their ability to bend forward, sideways and to turn to each side, in order to evaluate how they move in the three spatial planes and from there I formulate a functional diagnosis of fascial limitations.