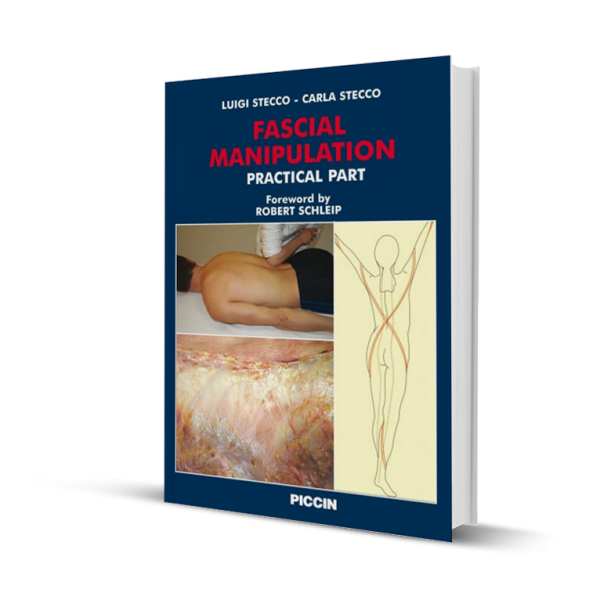 Welcome to an exciting new field in musculoskeletal therapy: the fascinating world of fascia.

Fascia forms a continuous tensional network throughout the human body, covering and connecting every single organ, every muscle, and even every nerve or tiny muscle fiber. After several decades of severe neglect, this ubiquitous tissue has transformed from the “Cinderella of orthopaedic science” into an almost super star position within medical research. Starting with the first few years of this 21st century, the number of research papers on fascia in peer-reviewed journals experienced an almost exponential increase. The 1st International Fascia Research Congress, held at the Harvard Medical School in October 2007, was celebrated with worldwide acknowledgement. Similar to the rapidly growing field of glia research in neurology, there is now a global recognition that this underestimated contextual tissue plays a much more important role in health and pathology than was estimated during previous decades.

As every medical student knows and every doctor still remembers, up to now, fascia has been introduced in anatomy dissection courses as the white packing stuff that one first needs to clean off, in order “to see something”. Similarly, anatomy books have been competing with each other, in how clean and orderly they
present the locomotor system, by cutting away the whitish or semi-translucent fascia as completely and skilfully as possible. While students appreciate these
appealing graphic simplifications, with shiny red muscles, each attaching to specific skeletal points, frustration is certain when these simplified maps have
almost nothing to do with how the real body feels and behaves, be it in medical surgery or during therapeutic palpation. To give an example: in real bodies, muscles hardly ever transmit their full force directly via tendons into the skeleton, as is usually suggested by our textbook drawings. They rather distribute a large portion of their contractile or tensional forces onto fascial sheets. These sheets transmit these forces to synergistic as well as antagonistic muscles.

Thereby they stiffen not only the respective joint, but may even affect regions several joints further away. If we look closely at the two powerful muscles gluteus maximus and tensor fascia lata, both insert into the dense fascial sheet along the lateral thigh, called the iliotibial tract. This tissue is part of the fascial envelope of the thigh, called fascia lata, whose tension influences not only the stiffness of the lateral hamstrings and quadriceps, but also severely effects the behaviour of the knee joint and the whole lower leg. The simple questions discussed in musculoskeletal textbooks “which muscles” are participating in a particular movement thus become almost obsolete. Muscles are not functional units, no matter how common this misconception may be. Rather, most muscular movements are generated by many individual motor units, which are distributed over some portions of one muscle, plus other portions of other muscles. The tensional forces of these motor units are then transmitted to a complex network of fascial sheets, bags, and strings that convert them into the final body movement. Into how many ‘muscles’ each of them
has been divided by our historical textbook authorities, depended more or less on their manual skills with the dissection knife. Their distinctions have little to do with the question about which movements these structures can perform.

Similarly, it has been shown that fascial stiffness and elasticity play a significant role in many ballistic movements of the human body. First discovered by studies of the calf tissues of kangaroos, antelopes, and later by horses, modern ultrasound studies have revealed that fascial recoil plays in fact a similarly impressive role in many of our human movements. How far you can throw a stone, how high you can jump, how long you can run, depends not only on the contraction of your muscle fibers; it also depends to a large degree on how well the elastic recoil properties of your fascial network are supporting these movements. If the architecture of our fascial network is indeed such an important factor in musculoskeletal behaviour, one is prompted to ask why this tissue been overlooked for such a long time has. There are several answers to this question. One aspect has to do with the development of new imaging and research tools, which now allow us to study this tissue in vivo. Another reason is the degree to which this tissue resists the classical method of anatomical research: that of splitting something into separate parts that can be counted and named. You can reasonably estimate the number of bones or muscles; yet any attempt to count the number of fasciae in the body will be futile. The fascial body is one large networking organ, with many bags and hundreds of rope-like local densifications, and thousands of pockets within pockets, all  interconnected by sturdy septa as well as by looser connective tissue layers.

This ‘non graspability’ of fascia is also reflected in the use of many different terminologies throughout literature, describing which exact tissue types are included under the term “fascia”. Whether the thin intramuscular endomysium or the superficial fascia can be regarded as fascia (or rather as loose connective tissue), or whether only dense irregular connective tissue sheets should be included, seems to depend on the individual perspective of each author. Let me therefore introduce you to the newly proposed definition of fascia proposed at the first Fascia Research Congress. The term ‘fascia’ here describes the soft tissue component of the connective tissue system that permeates the human body. This includes not only dense planar tissue sheets (like septa, joint capsules, aponeuroses, organ capsules, or retinacula), which may be also called “proper fascia”, but it also encompasses local densifications of this network in the form of ligaments and tendons. Additionally it includes softer collagenous connective tissues like the superficial fascia or the innermost intramuscular layer of the endomysium. While not everybody will be happy with this new terminology, it offers many important advantages for the field. Rather than having to draw most often arbitrary demarcation lines between joint capsules and their intimately involved ligaments and tendons (as well as interconnected aponeuroses, retinacula and intramuscular fasciae), fascial tissues are seen as one interconnected tensional network that adapts its fiber arrangement and density according to local tensional demands. This terminology fits nicely to the Latin root of the term ‘fascia’ (bundle, bandage, strap, unification, binding together) and is synonymous with the non-professional’s understanding of the term “connective tissue” (in contrast to medical and biological scientists, which include cartilage, bone and even blood as connective tissue).