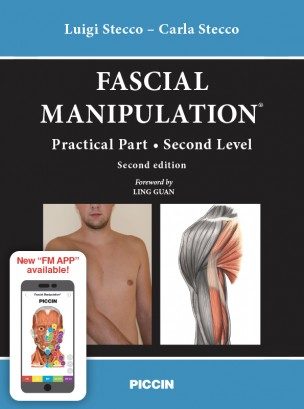 The world of Fascia is infinite and marvelous, connecting organs and tissues and altering function and structure. The exploration and research from professors in various specialized fields not only connect the diversified ways of treatment but also provide medical recognition of the East and the West. New knowledge from recent research allows the West to better understand the East or, in other words, for the modern world to comprehend the ancient concepts more clearly.

I have read the Stecco family’s series of articles and books with appreciation, feeling honored to translate and introduce them to China. I am surprised to discover that the exploration and contribution of the Stecco family appears to support our Chinese predecessors’ concepts and technologies step-by-step, introducing further innovations and developments. The medical practitioners in ancient China built a Meridian and Collateral Model, which is highly effective in guiding the clinical practice of acupuncture. Nevertheless, due to the long-gone ages, the ancient language that was used could not be correctly understood by modern people, leading to divergent points of views.

The Stecco family, with their comprehension and passion for acupuncture, have built a biomechanical model, called Fascial Manipulation, that both refers to acupuncture and verifies its effectiveness from the viewpoint of anatomy and clinical practice, which is a tremendous contribution for both Chinese traditional medicine and Western medicine.

Western medicine emphasizes isolated pathology within the human body, while Eastern medicine pays much more attention to the whole. The West looks specifically at details of the anatomical structures, while the East attaches importance to the connections between these structures. Therefore, Eastern acupuncture theories tend to aim towards building an anatomical model, constructing formulas and mastering interrelationships. The authors of this book, starting from the viewpoint of biomechanics, clearly develop the relations of movement and simplify the complexity of treatment. These new discoveries have been compiled in a series of publications, including this book, which is the newest edition about Fascial Manipulation for Level II.

I highly recommend Eastern and Western readers to read this book, stepping into the gate of Fascial Manipulation in order to appreciate its mystery and brilliance.