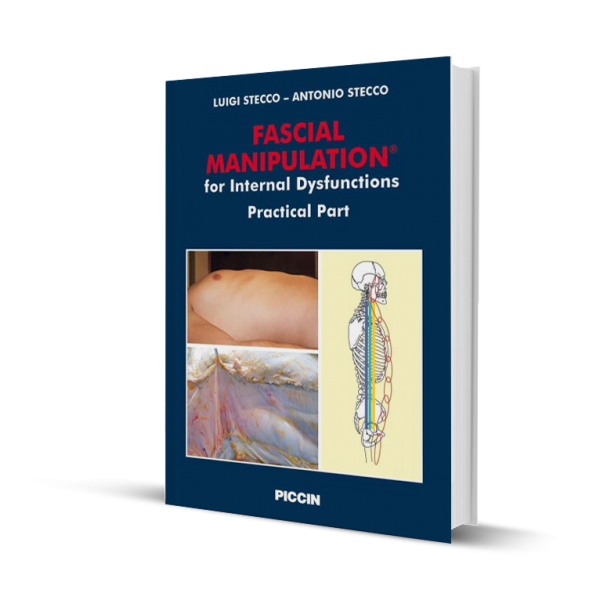 Part I: The centres of coordination
This text presents the manual approach used in Fascial Manipulation for Internal Dysfunctions (FMID) and, in particular, the modality for interacting with the autonomic nervous system.

For example, in conventional medicine, an antacid is usually prescribed for gastroesophageal reflux, whereas FMID aims at restoring the motility of the cardia by acting on the thoracic wall or the lumbar wall. If the fasciae of the ‘container’ are rigid then tension is  transferred to the diaphragm, which inserts all around the rib margin. As the oesophagus passes through the diaphragm it also inserts onto the diaphragm itself by means of its fasciae. A network of intramural autonomic neurons that are sensitive to stretch regulates
the peristalsis of the cardia. If the tension of the diaphragm and the tension of the oesophageal fasciae are not balanced, then cardia peristalsis can be altered, causing changes in the timing of cardia closure. With FMID, the work of the therapist consists in locating the points on the trunk wall that interfere with internal motility. The pursuit of these therapeutic points would be quite arduous if there were no guidelines. This practical manual provides the reader with indications as to how to orientate oneself amidst disturbances that are localised in one segment, or if an entire apparatus is dysfunctional or a specific system is disturbed.

The three images on the cover of this book summarise its fundamental concepts:

“In this book Luigi Stecco explains why the human musculoskeletal system can impact the internal organs, and introduces a clear pathway to address visceral  dysfunctions. Conventional medicine is characterized by an emphasis on hormonal, chemical and
neurological control of internal organs, sometimes neglecting that these systems have their own mobility and motility. Provision of an adequate living space among them will guarantee proper functioning. The internal fasciae functions include supporting the organs, providing the correct living space, isolating them from the surrounding organs and at the same time connecting them with others and ultimately the delicate task of managing the connection to the human musculoskeletal system. The internal fasciae biomechanical model introduced by Luigi Stecco, gives for the first time a unitary vision of the internal fasciae and their role in physiology and pathology of the internal organs. The internal fasciae anatomy, both physiological and pathological, is integrated with that of the autonomic nervous
system, creating a concept that stands out with simplicity, clarity and logic.”